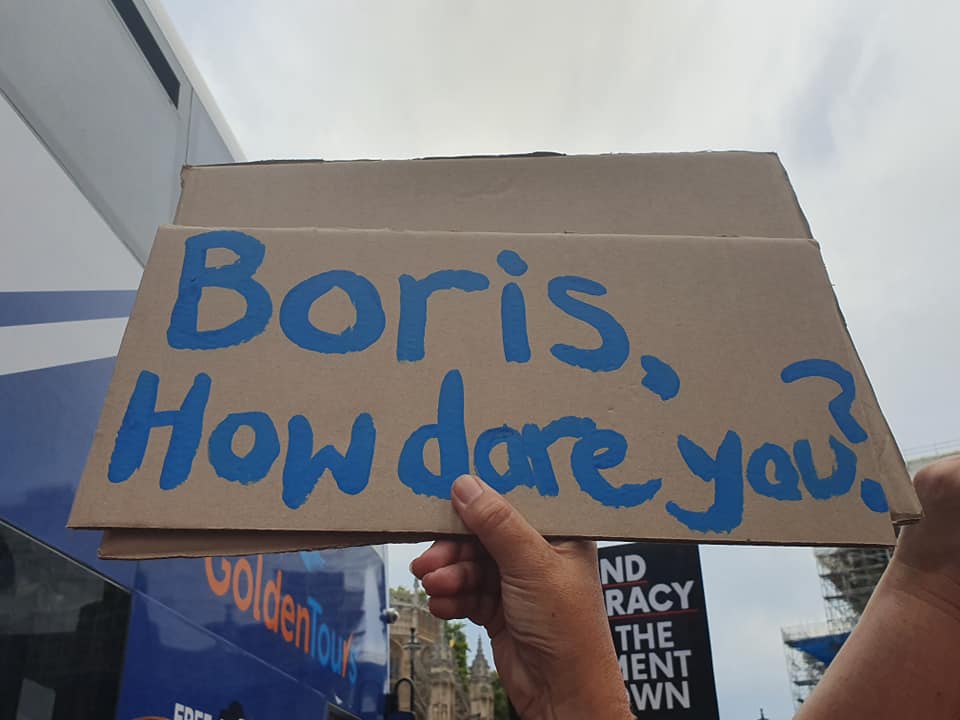 To attempt to close down parliament because it stood in the way of Boris Johnson’s political ambitions may prove to be the most divisive act yet undertaken by the Conservative government. It is likely to be a make or break moment for Britain’s opposition, too.

The brazen move by the new Prime Minister to prorogue the UK’s parliament for up to five weeks as the Brexit deadline on October 31 nears, has been variously called a “coup”, “smash and grab on democracy” and “a constitutional outrage”.

For those of us that witnessed military takeovers and brutal political upheavals elsewhere, a “coup” is an exaggeration, but side-lining Parliament at this decisive moment can be nothing less than a sinister move.

In a country where constitutional arrangements rely on conventions, such hardball tactics used to be rare.  For an unelected prime minister of a minority government to so blatantly break unwritten rules is also a game changer.

As a result, consensus, the principles of fair play and forbearance which are the essence of British democracy have been firmly pushed aside.

Muzzling parliament by suspension on an issue of constitutional importance was as daring as it was cynical.  Not only it exploited the gaps and ambiguities inherent in the British system, it also took advantage of the weaknesses of the opposition.

The Labour Party, led by a life-long Eurosceptic Jeremy Corbyn, has had an inconsistent line on Brexit. In contrast to clear and determined steps taken by hard-line Brexiteers, Remainers, by and large, have failed to convince an increasingly weary public that they were offering anything other than legislative obstructionism.  In the case of the Corbyn-led Labour Party, combating populism with even more populism seemed to be the preferred formula.

Boris Johnson has joined the band of world leaders who seek to divide rather than unite; those that are more likely to subvert democratic institutions than be constrained by them.

By expanding the bounds of acceptable political behaviour and undermining public confidence in parliamentary democracy, he is following a familiar script.

There are deeply disturbing echoes of broken democracies in Mr. Johnson’s style of leadership. Pitching a battle between Parliament and the people, adopting a strong anti-establishment posture, appealing to widespread anti-immigrant sentiments are tried and tested methods of authoritarian leaders.

In an editorial titled “Boris Johnson’s suspension of parliament is an affront to democracy”, the Financial Times suggested that “If Mr. Johnson’s prorogation ploy succeeds, Britain will forfeit any right to lecture other countries on their democratic shortcomings”.

Bogged down in Brexit, chasing new trade deals to replace the ones it is about to lose, Britain has long given up worrying about democratic deficits of others in any case.

Promoting democratic values in other countries may not be its priority right now, but there are numerous lessons that the British can learn from others.

It would be useful to remember that democratic institutions do not shatter in one fell swoop. They erode gradually.

Usually, it starts with the failure of a party to stop a politician, unfit for office, to run for the centre of power.

The archetype of the hot-headed, outspoken and entertaining anti-establishment figure, the new leader then declares himself as the voice of the forgotten masses; ready to deliver the will of people, at all costs.

Ironically, these serial norm breakers always yearn for the good old days. They all mourn for the decline of their nations and promise to restore their lost glory.

Backsliding always starts with diluting checks and balances on their power. Their governments find ways to avoid scrutiny. Independent media becomes the enemy.

Their unconventional ways may not always be unlawful. They know how to stick to the letter of the law while violating the spirit of it.

They divide their societies into camps. Polarisation becomes a defining feature of everyday politics.

From Turkey to Venezuela, from Hungary to Trump’s America, that’s how democracies faltered at the hands of daring leaders.

Sounds too familiar?  Well, perhaps it is already too late for Britain to take any lessons.

Instead, it is now teaching the rest how not to turn one of the world’s oldest and most stable democracies into an irrelevance.