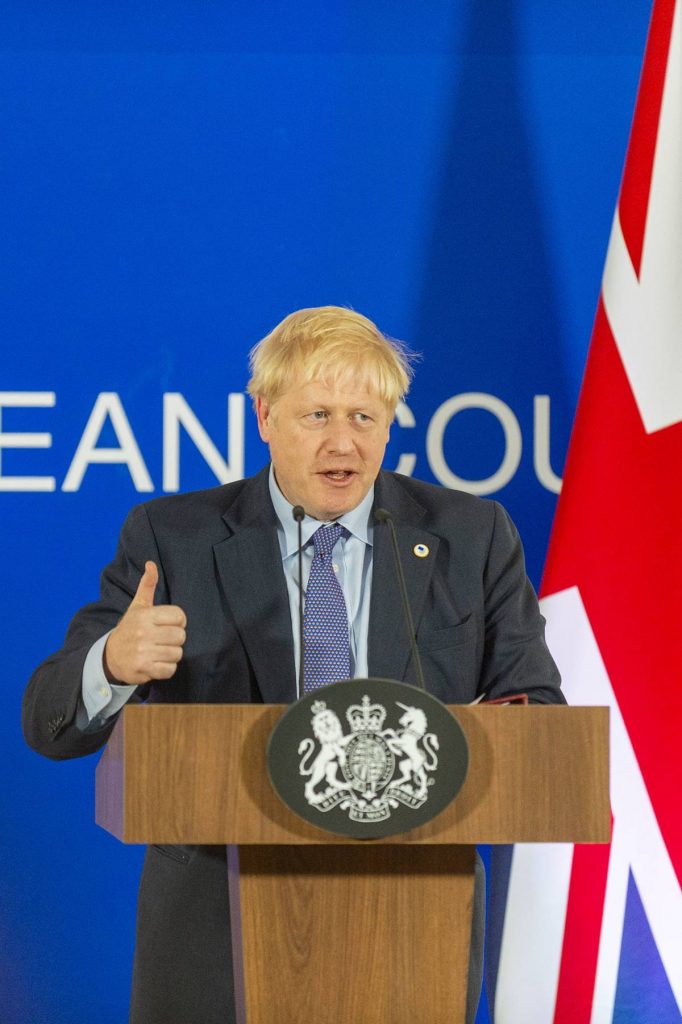 Emboldened by a comprehensive majority, Prime Minister Boris Johnson is forging ahead with a radical overhaul of the country.

Addressing his cabinet, Johnson said “You ain’t seen nothing yet”. We’d better believe him.

By putting a no-deal Brexit again on the table, he gave a pretty good indication that his comfortable majority is not likely to soften his Brexit stance.

His spokesman made it clear that they were ruling out an extension to the Brexit transition beyond the end of next year, by introducing a legal provision to make an extension illegal.

So, the United Kingdom is leaving the single market and customs union, with or without an agreement and the businesses will have to prepare for the new reality.

The pound’s gains over Euro and Dollar after the Conservative victory on Friday did not last very long.

The prospect of a hard Brexit caused the British currency to tumble down on Tuesday.

The UK is leaving the EU on 31 January, with an extremely tight timescale of 11 months to complete complex negotiations over future relationships and trade.

The EU finds the timetable “unrealistic”. Judging by the market reaction, businesses are not convinced, either.

It is not only the UK and the EU companies that should start making contingency plans for a likely crash-out, but businesses in Turkey need to prepare, too.

Britain leaving the EU without a deal will mean Turkey, a member of the customs union, would lose its open access to one of its biggest markets.

Department for International Trade has been warning UK exporters to Turkey about the changes if there is a no-deal Brexit.

The guidance is that the UK will not agree arrangements with Turkey by exit day and existing trade agreements would no longer apply.

Turkey and the UK has been talking about a possible deal after Brexit, but a bilateral trade deal can only be sealed after the EU and the UK complete their trade agreement. Despite the Johnson government’s reassurances, this could take several years.

In the meantime, customs duties have to be imposed and there will be delays both for Turkish and British goods.

As the United Kingdom is one of the few countries with which Turkey has a trade surplus, the bigger loser would be Turkey.

A hard Brexit would hit Turkey’s automotive, electronics and textile industries the hardest.

Beyond trade, Turkey may feel political ramifications of a changed dynamic within the EU.

The UK was an important voice in the EU foreign policy making; often the most prominent supporter of Turkey’s membership prospects.

Talking to diplomatic sources in London, the most optimistic prospect seems to be about the future of Turkish-British cooperation in the defence industry.

However, this kind of cooperation can easily be damaged if Turkey’s relations with other NATO members, especially the United States continue to deteriorate.

Turkey’s warm congratulations to Boris Johnson and the enthusiasm for “a more reinvigorated Turkey-UK relationship in all areas” may prove to be too hasty, after all.