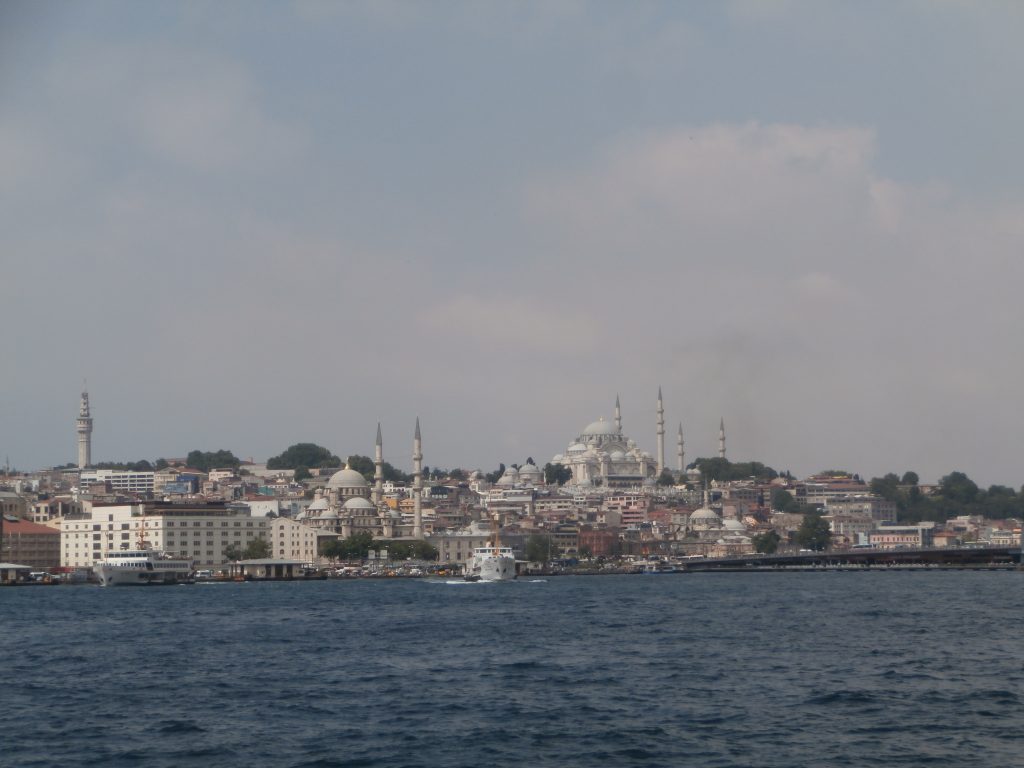 The Environmental Impact Assessment report for the massive infrastructural project for an inland waterway connecting the Black Sea to the Sea of Marmara and the Mediterranean has been approved by the Ministry of Environment and Urbanization.

Known as “Canal Istanbul”, the 45-km long, 400-metre-wide shipping canal running parallel to the Bosphorus Strait has been highly controversial in Turkey, not only for its potentially damaging environmental and hydrological consequences but also for the legal and military questions it raises.

For such a complex and large-scale project, affecting the lives of millions of people, one would expect public dialogue, consultation and independent scrutiny to be the core principals of the process.

But not in Turkey.

After the final environmental impact assessment report was released at the end of December last year, thousands of Istanbul residents queued for hours to file their objections.

But the president was undeterred. “It will be built whether they want it or not” said Mr. Erdoğan, telling the Istanbul mayor to mind his own business.

President Erdoğan says that Canal Istanbul is a national project, therefore outside the remit of Istanbul’s elected metropolitan mayor. Nevertheless, he tells us this “crazy project” of his goes back years; it was something he had conceived while he, himself, was the mayor of Istanbul in 1990s.

President Erdoğan first commented on Canal Istanbul publicly in 2011. It returned to his agenda, again in November last year, soon after the opposition candidate Ekrem Imamoğlu won a landslide victory in the twice-repeated mayoral election.

The government argues that the project would ease congestion on Bosphorus. It would bring $1 billion revenue a year from ships passing through the canal and it would create glitzy new residential areas.

Critics of the project see it as another vehicle for rent-seeking real estate development.

According to one of Turkey’s best investigative journalists, Sözcü columnist Çiğdem Toker, large chunks of the real estate next to the planned canal have already been sold. In anticipation, Gulf businesses and royalty believed to have bought large acres of land around the route.

The Environment Minister says that the project’s cost, including substructure work, is calculated to be $15 billion, with the canal’s construction cost alone being $10 billion.

Opponents of the project believe that it lacks economic rationality and the real costs would be much higher.

But it is the fear of irreversible environmental damage to land and water that worry people the most.

At the January 10 workshop, experts warned that the project would lead to destruction of marine life in the Marmara Sea and Black Sea and the increase in the salinity of water resources would harm agricultural lands over a large area. Local water supplies would be damaged; millions of square meters of forests destroyed.

Given the high costs to environment and to the country’s economy, the main opposition Republican People’s Party (CHP) leader Kemal Kılıçdaroğlu is accusing the government of not giving priority to human life.

“Istanbul faces a serious earthquake risk. Millions of people are at risk. Then why don’t we solve this problem instead?” he asks.

As for the legal status of the proposed canal, there are still many unanswered questions. The government maintains that as a man-made inland water way, Canal Istanbul would not come under the 1936 Montreux Convention.

The Montreux Convention gives Turkey control over the straits within its borders. Under the Convention, the Turkish Straits comprises “the Strait of the Dardanelles, the Sea of Marmara and the Bosphorus”. During peacetime,  full access for civilian vessels and limited  access of naval warships through the straits are guaranteed.

Transport Minister Ahmet Arslan told journalists that the aim was ” to reduce the risks that can arise from vessels in the Bosporus carrying dangerous materials,” indicating that Turkey intends to channel some of the Bosphorus traffic to the new canal.

However, it is not very likely that commercial vessels would line up to use the new canal instead of free passage through the Bosphorus.

Any restrictions on free and unfettered passage through the straits would mean a serious violation of the Montreux Convention.

Environmental, legal and economic concerns have been quickly dismissed by the government. Yet, Istanbul’s Mayor Ekrem İmamoğlu continues to believe that citizens of Istanbul would resist.

He is calling them to exhaust all legal avenues by joining him in going to courts.

Based on previous experience, it will be an uphill struggle.

Istanbul airport should have served as a warning against practices detrimental to democratic processes, non-transparency, clientelism and wasted resources.

The Justice and Development Party government was warned against building the new Istanbul airport in an area thought to be totally unsuitable and ecologically sensitive.

The new airport is on the migration route of birds. It is susceptible to extreme weather conditions.  As well as its harmful economic and environmental impact, delays and cancellations in recent days have clearly proved how costly a project it has been.