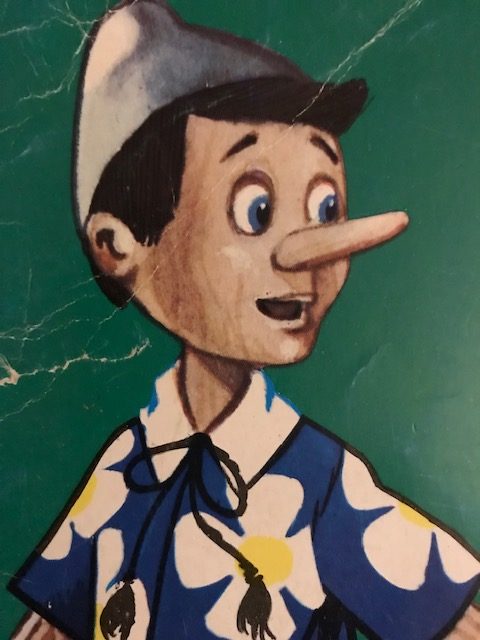 There is a Turkish proverb that says that a liar’s candle will burn only until bedtime. This is another way of saying that “a lie will be exposed sooner or later” or the truth has the habit of revealing itself.

With the world around us changing faster than ever before, this is another folk wisdom that did not stand the test of time. Expressions of wisdom and common sense have little significance for today’s political culture when our institutions are being eroded; when well-established traditions are challenged.

This is particularly true for our political leaders whom we used to expect to be open, honest and accountable with us, the people they represent.

We always knew that politicians could be prone to distortion and exaggeration. Some of us called it being economical with the truth.

A handful of the most powerful leaders have lied and got caught. It ended their political careers. Some carried the shame and embarrassment for years; some managed to evade exposure.

But there has never been another era where outright lies by political leaders have been tolerated or even normalised as they are today.

Ironically, blatant and habitual lying is happening while the spotlight is shining on them stronger than ever. In the age of 24-hour news, and instant, comprehensive reporting, widespread use of the internet and social media, how is it possible?

Indeed, the internet and social media can speed up spreading false information, but they can also enable professionals and ordinary citizens to do fact-checking and verification.

Over the last few years, leading media organisations have developed sophisticated methods to check the claims politicians make. There are more than 100 independent and reliable fact-checking civil society groups in more than 50 countries, actively monitoring their politicians.

Yet, presidents and prime ministers, politicians of all ranks continue to lie incessantly. When they are exposed, they dismiss it as “fake news”.

The president of the United States is the biggest, but by no means, the only well-known culprit.

In a recent BBC documentary, Donald Trump’s false and misleading claims were examined in forensic detail. The Inquiry team’s fact checkers said Donald Trump had made more than 10,000 false or misleading statements since coming to office. Even when they are exposed as outright fabrications, he did not bother to correct them.

He was called out as a “known liar” by the head of Channel 4 news and current affairs Dorothy Byrne at the MacTaggart lecture delivered at the Edinburgh TV Festival.

Dorothy Byrne asked the crucial question may of us have been pondering for far too long.

“Is it time for us to start using the L-word? I believe that we need to start calling politicians out as liars when they lie. If we continue to be so polite, how will our viewers know that politicians are lying?” Byrne said.

The sad truth is that even in Britain, where there is still an independent media to counter false claims by politicians and to act as a lie detector to those in power, the negative consequences of being caught lying are no longer seen as serious.

After a week of controversy, accusations of misleading the public, and three major Parliamentary defeats, Prime Minister Boris Johnson’s lead in the polls has grown.

What is politely described by old-school politicians as “disingenuous behaviour” is clearly perceived as “a breath of fresh air” and “doing everything to fight his supporters’ interests” by Mr. Johnson’s supporters.

There are possibly enough of them to carry him back to power if and when there is a general election.

Voters, it seems, have higher tolerance for politicians who are untruthful. Repeated frequently and widely, their lies have now become an effective tool for shaping public opinion.

In these turbulent times, the long-established institutions seem to be crumbling in many countries.  What makes resisting it more difficult is the undeniable fact that it is happening with the complicity of their citizens.