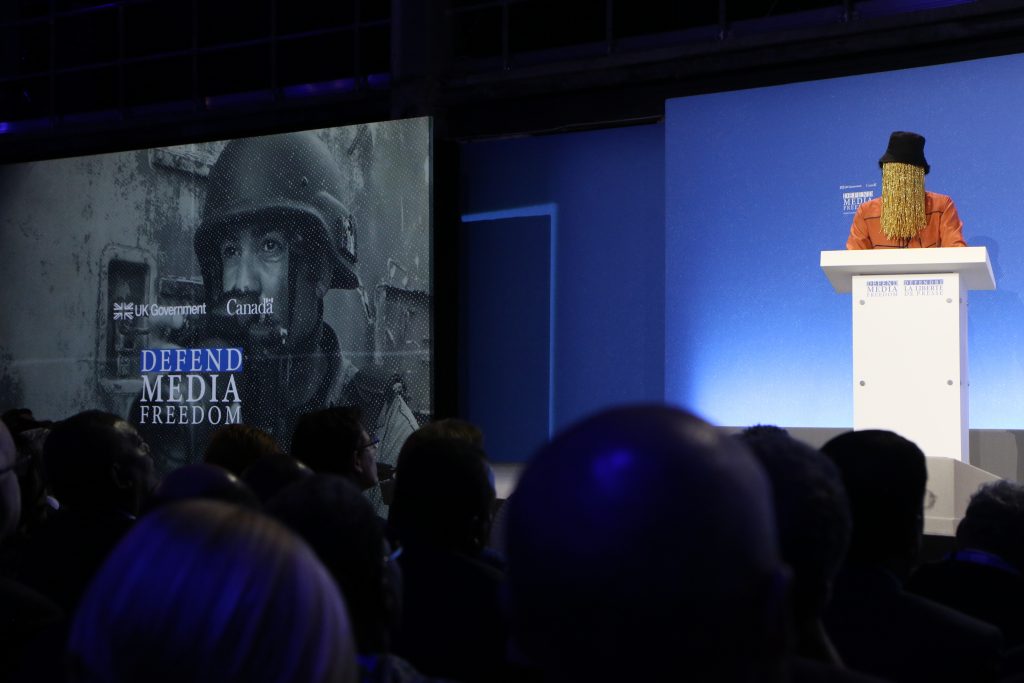 The Global Conference for Media Freedom that gathered ministers and more than 1500 journalists, academics and civil society representatives in London this week was the first of its kind.

On 10 and 11 July, the UK Foreign secretary Jeremy Hunt and Canadian Minister of Foreign Affairs Chrystia Freeland co-hosted the meeting, inviting foreign ministers of every country except Syria, Venezuela and North Korea.

60 ministers turned up, among them countries not normally associated with such gatherings, such as Uzbekistan and Malaysia. Both were commended for improvements that they have achieved towards a more open and diverse media landscape.

Turkey did not participate at a ministerial level, but Turkish journalists and civil society representatives were there to hear countless references to their country, as being one of the most flagrant offenders of media freedom.

Worldwide, last year was the worst one on record for violence and abuse against journalists, with a 15% increase in killings since 2017.

With only 10% of the world’s population having access to a free media, journalists are under attack like never before. As international human rights lawyer and Foreign Office’s Special Envoy on Media Freedom Amal Clooney put it: “not just while covering wars but also for exposing crime and corruption”.

Foreign Secretary Jeremy Hunt said that the strongest safeguard against “the dark side of power” was accountability and scrutiny.

“Of the 10 cleanest countries in the world, as ranked by Transparency International, seven are also in the top 10 of the World Press Freedom Index. Meanwhile, of the 10 most corrupt countries, four appear in the bottom 10 for media freedom” he added.

Jeremy Hunt said his aim for the conference was to work with his counterparts to agree a way to protect media freedom and impose a cost on those who abuse it.

Yet, even among the most enthusiastic supporters of this British-Canadian led campaign to shine a spotlight on media freedom, there was considerable amount of scepticism.

“Words and pledges are not enough; we need action” was the most frequently heard comment.

Participating countries signed a pledge committing themselves to  protecting media freedom, to speak out and take action together.

A Global Media Defence Fund, to be administered by UNESCO, was created to support journalists in distress and to help cover legal expenses.

Foreign Secretary Jeremy Hunt announced that the UK will commit £18 million to improve media freedom across the world.

The UK has also announced that a new National Committee for the Safety of Journalists would be set up.

Last but not least, an independent High Level Panel of Legal Experts was established.

Chaired by Lord Neuberger, the former President of the Supreme Court of the UK, the Panel will provide advice to governments and work towards strengthening legal mechanisms to improve media freedom.

Turkey did not participate and commit itself to the protection and promotion of freedom of expression at the London Conference, but one among “the best legal minds from across the globe” making up this prestigious legal body is a Turk.

Can Yeğinsu, a barrister practising in London, is considered one of the UK’s brightest and most efficient civil liberties and human rights lawyers.