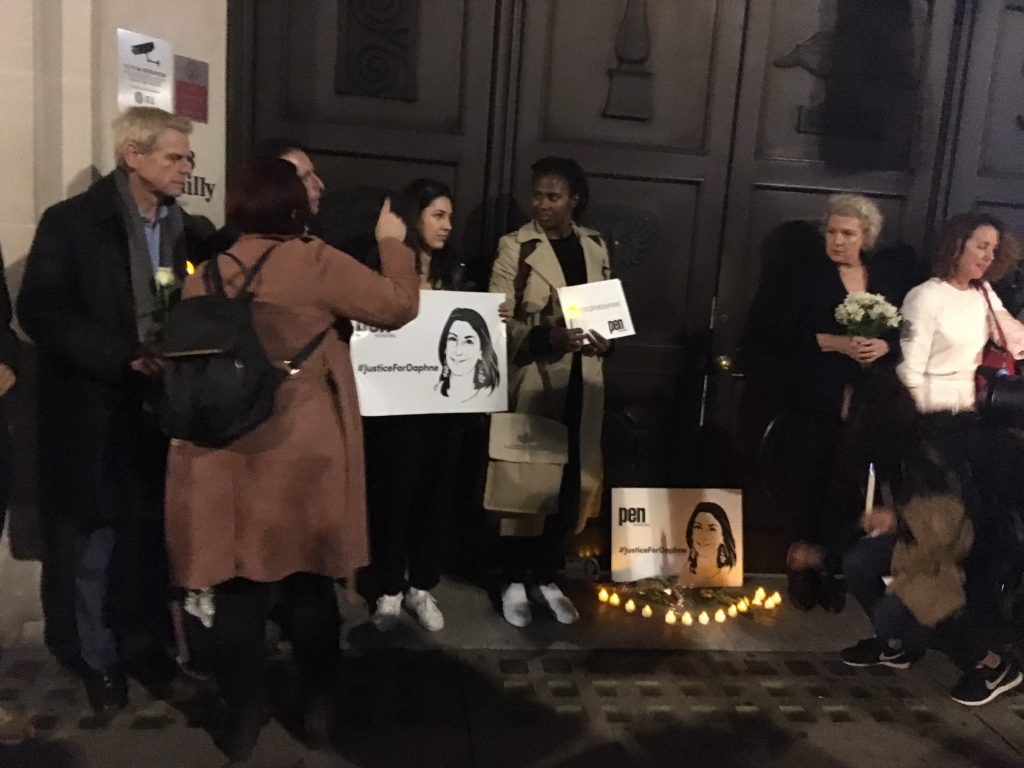 They say “the truth has the habit of revealing itself”.

Yet, more often than not, seekers of truth do not live long enough to see it revealed.

Where there is no rule of law, those impeding investigations into crimes or corruption happen to be too powerful; voices demanding access to justice are easily silenced.

In too many countries, impunity is the norm.

Until this week, it had looked as if the Mediterranean island of Malta would remain firmly among those countries where crimes go unpunished.

Two years after the killing of investigative journalist Daphne Caruana Galizia, despite countless international declarations, resolutions and equally strong calls by the Maltese activists, chances of an independent and transparent investigation into her assassination looked slim.

True, the hitmen were quickly identified and on 4 December 2017, Alfred Degiorgio, George Degiorgio and Vincent Muscat were arrested. The three known names to the police were later charged for planting the car bomb that killed Galizia.

Daphne Caruana Galizia’s family and friends were not convinced. They wanted the masterminds to be caught.

The Maltese government insisted that the country’s most prominent investigative journalist’s assassination was unrelated to her journalism. Galizia’s family members were intimidated with dozens of lawsuits as they continued their tireless campaign for justice.

A memorial to Galizia, in front of the law courts in Valletta, was removed by the police every day, only to be rebuilt again.

While the Maltese authorities were dragging their feet, an international group of journalists came together in a global consortium called the Daphne Project to continue her work, uncovering high-level corruption, multi-million dollar bribery schemes and a network of shell companies in Malta and beyond.

Shortly before she was killed, Daphne Caruana Galizia was investigating some names mentioned in a leak of offshore information known as the Panama Papers. She wrote that she already identified two Maltese men, prime minister’s chief-of-staff Keith Schembri, and the then energy minister Konrad Mizzi as being suspected of having financial ties to corrupt networks.

After her assassination, The Daphne Project revealed a possible new link between a businessman named Yorgen Fenech, the owner of Dubai-registered company 17 Black, and the shady networks Galizia had exposed.

Galizia’s son Paul later wrote that the possible links between Yorgen Fenech, two Maltese politicians and a gas-suply agreement with Azerbaijan would have been his mother’s “next big story”.

After more than two years of hitting blank walls, hopes are raised this week that the criminal investigation might finally be moving forward.

Long accused of obstructing an independent investigation, Prime Minister Joseph Muscat is under strong pressure from the Maltese public and European organisations to stand down.

The European Parliament is sending an urgent cross-party mission to Malta, and Europol is getting involved in investigations.

In a press release, Daphne Galizia’s family urged the Maltese authorities to immediately prosecute Keith Schembri and uncover why the Prime Minister protected him for three years.

Their call is not limited to uncovering Maltese links. They also want Europol to “follow the money trail of the Malta-Azerbaijan money laundering network across jurisdictions, including especially the United Arab Emirates”.

Recent days’ revelations not only go to the top of Maltese government but if they are followed through, carry the potential of rocking a few more countries, too.