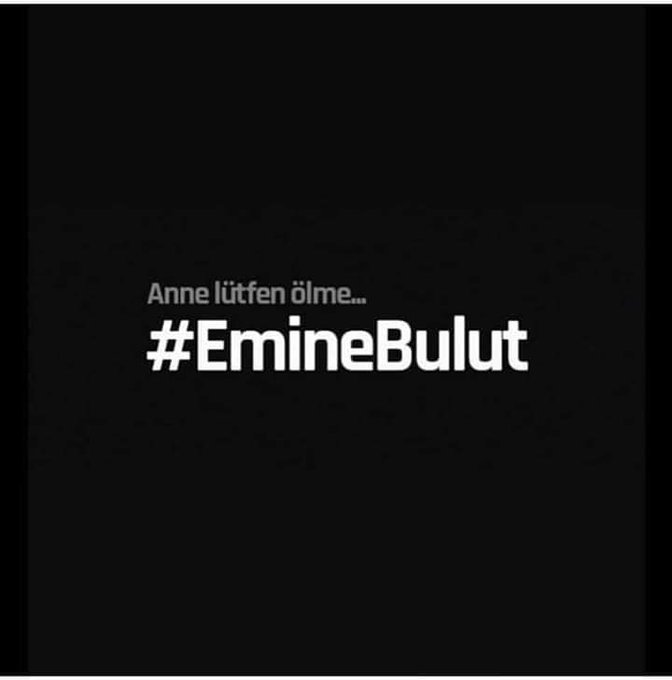 There isn’t a week that goes by in which we are not shaken by some violent crime dominating the news headlines in Turkey.

Extreme cruelty and abuse towards humans and animals are soaring; aggression is rife in all socio-economic segments of society.

But it is violence against women and girls that seem to have become the most pervasive.

The latest victim, a 38-year old mother, Emine Bulut was stabbed to death by her ex-husband, in front of her 10-year-old daughter in the central Anatolian city of Kırıkkale.

Earlier this week, another woman, 37- year old mother of three, Tuba Erkol was murdered by her husband in Konya.

When a video posted on social media with Emine Bulut’s last words “#IDontWantToDie” started  trending worldwide on Twitter, her murder became more than another statistic.

According to “We Will Stop Femicide” platform, this year alone, 245 women have been killed in Turkey. Last year, bianet put the number at 255.

This macabre new record goes hand in hand with the way a significant part of the society seems to be normalizing toxic behaviors leading to violence against women.

On social media, for every expression of anger and condemnation, you could find another comment blaming the victim, accepting of violence against those challenging accepted norms for the roles and responsibilities of women in family and society.

The sense of entitlement over women is not exclusive to men.

Typically, both men and women, with conservative, Islamist views argue that the ideals of gender equality, inclusiveness, diversity, tolerance, and using legal instruments to protect women’s rights have had detrimental effect on family life.

In particular, restraining orders and giving child custody to mothers in the context of domestic violence incur their wrath.

There is nothing that they object more than the Istanbul Convention; more formally known as  The Council of Europe Convention on preventing and combating violence against women and domestic violence.

Described by Professor Feride Acar, the former President of The Group of Experts (GREVIO), as “Europe’s ‘signed and sealed’ promise of its dedication to eliminating violence against women and ensuring gender equality”, Istanbul Convention was a major step forward in Turkey’s response to violence against women.

Turkey signed the convention in May 2011 and ratified it in March 2012.

A series of legislative reforms aligned the Turkish criminal legislation with the requirements of the Istanbul Convention.

As a comprehensive legal framework that sets out minimum standards for a state’s response to violence against women and girls, the Convention was welcome by women’s organisations and human rights defenders in Turkey.

However, the implementation of the provisions of the Istanbul Convention did not live up to their expectations. At the same time, a vocal group of opponents of the Convention targeted both the government and the campaigners combating violence against women.

The Council of Europe’s Group of Experts on Action against Violence against Women and Domestic Violence (GREVIO) report last year highlighted some serious concerns.

While acknowledging an undeniable progress has been made, it warned that Turkey risked regressing.

Particular areas of concern related to “underage and forced marriages, psychological violence and stalking, increasingly restrictive conditions placed on independent women’s organisations and the persistence of deep-seated, restrictive and stereotyped views of women’s roles which continue to pervade Turkish society, including at the highest political and public level, and which foment violence against women”.

Emine Bulut’s killing brought activists to the streets this week and both the government and opposition politicians were quick to denounce her murder.

Despite very restrictive conditions experienced by civil society organisations, there were several protests throughout Turkey, condemning officials for their failure to stop violence against women, courts for handing out lenient sentences to murderers and society in general for its stereotyped views of women’s roles.

The graphic video posted to social media showing Bulut being murdered in front of her 10-year-old daughter was quickly banned and the person making the recording was promptly arrested.

With another life ending in a brutal and foreseeable femicide, Turkey moved on track for its deadliest year on record.